Stub it out! Top apps to quit smoking 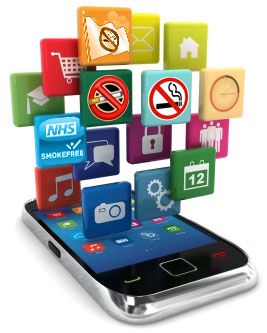 Smoking is bad for you: fact. Amongst other things, it causes lung cancer, high blood pressure, emphysema and prematurely ages your skin.

The New Year is a great time to make resolutions: fact. You can set yourself personal goals, kick old habits and feel better about yourself.

So why not combine the two and make giving up smoking your new year’s resolution?

You’ve probably wanted to give up smoking for some time, and there are plenty of mobile apps designed to make that nicotine comedown easier and facilitate your desire to kick that 20-a-day habit.

And when you realise that more than 100,000 people every year die of smoking-related diseases and a cigarette shortens your life by 11 minutes, it’s enough to make you abandon the Lambert and Butlers.

Here are 10 of the best mobile apps to help you say a final farewell to those negative nicotine sticks. END_OF_DOCUMENT_TOKEN_TO_BE_REPLACED

END_OF_DOCUMENT_TOKEN_TO_BE_REPLACED

The history of cigarette advertising in the UK

It is a truth universally acknowledged that smoking is bad for your health. With increasing evidence that cigarettes can cause everything from strokes to cancer, a smoker in the 21st century does so in the full knowledge that they’re playing a risky game of Russian roulette. But while anti-smoking ads and warnings are now the norm, advertising was once used to preach quite the opposite!

Tobacco first came to England in 1565, brought back by Admiral Sir John Hawkins from his travels overseas, and for the first twenty years smoking remained a pastime of sailors.

By the turn of the century smoking had started to gain popularity in other circles, but it wasn’t without its critics. In 1604 King James I wrote that smoking was “loathsome to the eye, hateful to the nose, harmful to the brain [and] dangerous to the lungs” and consequently increased the tax on tobacco by a rather hefty 4,000%. Interestingly, he also noted that upon dissection, the lungs of several great smokers had been found to be coated with a sooty substance, but it wasn’t enough to put people off. END_OF_DOCUMENT_TOKEN_TO_BE_REPLACED

An April 2012 article in the GP magazine Pulse All smokers should be put on varenicline, says QIPP analysis highlights research commissioned by NICE (National Institute for Health and Care Excellence) which suggests varenicline taken for 12 weeks after smoking cessation reduces relapse rates more than alternative medicines.