It is a truth universally acknowledged that smoking is bad for your health. With increasing evidence that cigarettes can cause everything from strokes to cancer, a smoker in the 21st century does so in the full knowledge that they’re playing a risky game of Russian roulette. But while anti-smoking ads and warnings are now the norm, advertising was once used to preach quite the opposite!

Tobacco first came to England in 1565, brought back by Admiral Sir John Hawkins from his travels overseas, and for the first twenty years smoking remained a pastime of sailors.

By the turn of the century smoking had started to gain popularity in other circles, but it wasn’t without its critics. In 1604 King James I wrote that smoking was “loathsome to the eye, hateful to the nose, harmful to the brain [and] dangerous to the lungs” and consequently increased the tax on tobacco by a rather hefty 4,000%. Interestingly, he also noted that upon dissection, the lungs of several great smokers had been found to be coated with a sooty substance, but it wasn’t enough to put people off.

Indeed, smoking was even believed by some to protect against ill health, by protecting the body from miasmas (bad air). Consequently during The Great Plague (1665–66) it was made compulsory to smoke at Eton.

1789 saw the first instance of tobacco advertising in a New York newspaper in the US and it wasn’t long until it spread across the pond.

Coloured Magazine Ads
The end of the nineteenth century (1870 onwards) saw the introduction of colour lithography, which allowed companies to create attractive coloured images to advertise their products, and many magazines (such as the popular Punch) were soon carrying adverts for different tobacco brands.

Cigarette Cards
This also led to the introduction of pictured cigarette cards, which had previously just been used to stiffen the box. In 1887 W.D & H.O. Wills were one of the first to create collectible cards to put in their cigarette packets and typical themes included celebrities, models, sports and military heroes. Each set included around 25-50 cards and this practice remained popular until the 1940s. 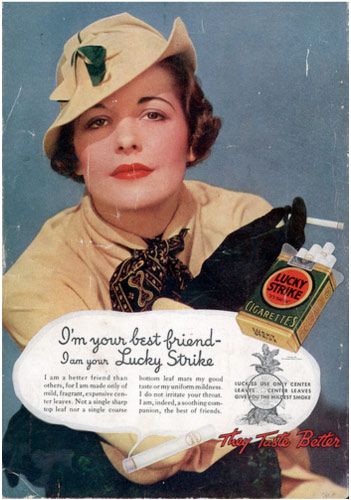 Cigarettes in Army Rations
The 20th century started off well, with the inclusion of a clause in the Children’s Act of 1908 forbidding the sale of tobacco to those under the age of 16. Unfortunately, any progress was lost with the decision to include tobacco in army rations during the First World War (1916).

Targeting Women
When the war finished (1925) the tobacco business was booming with plenty of male soldiers hungry for more, and so the companies turned their attention to women. Images of glamorous women, babies and nurses were all used to convince women that not only was smoking feminine, but that it was also empowering and positively good for you!

Safe Cigarettes
To combat any questions over the safety of smoking, tobacco companies started to label their products as ‘mild’, ‘filtered’ and ‘calming’.

Celebrity Endorsements
As entire pages in magazines and newspaper started to fill with coloured adverts, celebrity endorsements for cigarette brands gained in popularity and even Hollywood got on board.

Festive Advertising
Unsurprisingly, by 1949 cigarettes had become an everyday essential, with an estimated 81% of men and 39% of women smoking. After all, when even Santa’s smoking, it’s hard to question its safety.

Television Advertising
Following the introduction of ITV in 1955, cigarette companies began to advertise on TV. Still with no hard evidence to prove that smoking was bad for you, this was the age of misleading claims and even doctors were used to promote the tobacco companies’ agenda!

The 1960s were to mark a great change in the history of cigarette advertising as serious health concerns began to be raised for the first time since King James I. In 1950 a report in the British Medical Journal had suggested a link between smoking and lung cancer and by 1962 the Royal College of Physicians had enough evidence to push for a ban on advertising.

Television Commercials Banned
On the 1st of August 1965 the Royal College were successful in their wishes and succeeded in having all television adverts for cigarettes banned.

Introduction of Health Warnings on Packets
Following a discussion between the government and the tobacco industry, in 1971 all cigarette packets required a warning stating “WARNING by H.M. Government, SMOKING CAN DAMAGE YOUR HEALTH”.

Request for Complete Ban
In 1982 the British Medical Association requested a ban on all forms of tobacco advertising, although it was a while before they got their wishes and smoking ads were eradicated completely.

Stricter Guidelines
From 1986 adverts were banned in cinemas and it wasn’t permitted to show a person smoking in an ad for any product or service.

London Underground Ban
After a fire at King’s Cross in 1987 that was started by a dropped match, and which killed 31 people, smoking and cigarette advertising were banned on the underground.

Further Health Warnings – In 1991 the EU stated that all cigarettes must have two warnings on the packet, one on the front stating ‘TOBACCO SERIOUSLY DAMAGES HEALTH’ and another warning on the back such as “Smoking clogs the arteries and causes heart attacks and strokes”.

At the start of the 21st Century, the Labour Party passed the Tobacco Advertising and Promotion Act (2002), which aimed to wipe out tobacco advertising over the next three years on the following dates: 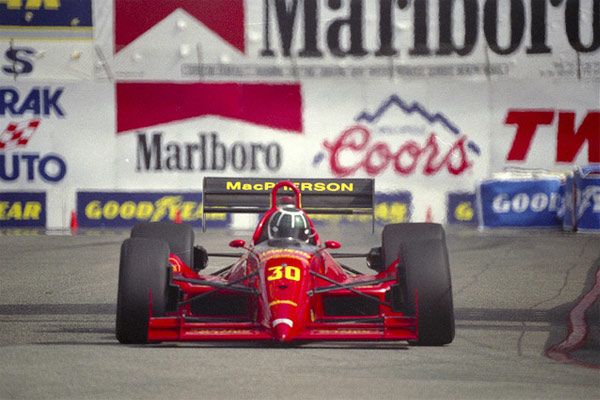 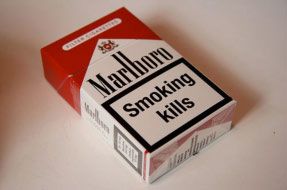 Further EU Sanctions
From 2003 it became illegal to brand cigarettes as ‘mild’ or ‘light’, leading to the popular Marlboro Light being renamed Marlboro Gold Pack. Warnings on cigarette packets were also enlarged; one covering at least 30% of the packet had to state either ‘Smoking Kills’ or ‘Smoking seriously harms you and others around you’.

Anti-Smoking Ads
Turning the cigarette advertisements of the previous century on their heads, 2003 saw the British government invest £31 million in anti-smoking campaigns.

Ban on Smoking in Public
From the 1 July 2007 it became illegal to smoke in public places in the UK such as bars, restaurants and shopping centres.

Legal Age Limit Raised
On the 1 October 2007 the age limit for purchasing tobacco was raised by two years to 18, however the minimum age for possession remained 16.

Graphic Warnings Added to Packets
In addition to written warnings, on the 2 October 2008 grisly graphic warnings were added too, such as images of blackened lungs or mouths damaged by smoking-related disease.

Packets Concealed From View
From the 6th April 2012 all tobacco products had to be concealed from view of the buying public. The introduction of this ban was extended until April 2015 for smaller retailers. Around the same time, cigarette vending machines were finally banned in all of the UK except Scotland (where they were banned in April 2013). 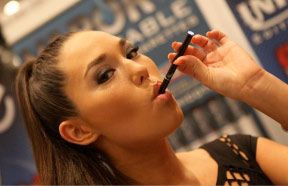 E-cigarette Ad Approved
On the 17 January 2013, the first cigarette television ad in over 50 years was approved for TV, on the grounds that while the e-cigarette it was promoting does contain addictive nicotine, it doesn’t contain tar and is therefore a healthier alternative for smokers.

And the success of all these bans? Well the proof is in the pudding, or in this case the statistics, with the rate of smokers in April 2019 standing at just 14% of the population, compared to 45% back in 1974.

What does the future hold?

Well for tobacco cigarettes the answer looks like a resounding no, and in fact cigarette companies may soon lose even more of their ability to build their brand.

In December 2012, Australia became the first country to introduce plain packaging laws for cigarettes and the UK followed later in May 2016 as a result of a lengthy consultation on the topic. This meant that all cigarette packets look exactly the same as each other – typically an unattractive colour with several warnings about their damage to health. 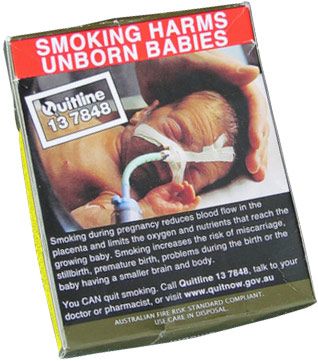 So from the glamour of Hollywood endorsements and Formula 1 cars, cigarettes lost their last touch of personality and became uniform, ugly boxes.

As for whether smoking will ever be entirely outlawed, the verdict is a little more uncertain. For the moment everything seems to be pushing towards making smoking unpopular, rather than making it illegal which runs the risk that it will go underground.

In such a scenario the government would lose any tax they gain from the sales of tobacco (around £12.1 billion in 2011/2012), while still footing the bill for subsequent healthcare (estimated to be around £5 billion in 2005/2006). With around 14% of the adult population still smoking (2019), this could prove very costly.

However, if the stricter measures cause the number of smokers to dwindle to a select few, it’s definitely possible that smoking will one day be banned for good. 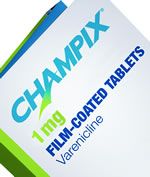 To help ease your body off nicotine you can try nicotine replacement therapy like patches or gum and there is also prescription medication available in the form of Champix tablets and Bupropion.

It’s never too late to quit and within just 20 minutes your body begins the path to recovery, so if you want to give your body (and pocket!) a rest, it’s definitely worth a try.