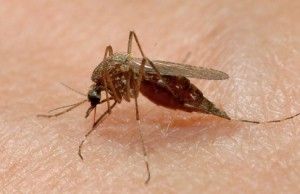 Malaria is a disease that has been around for more than 4,000 years and is still causing major concern throughout the world. As a longstanding thorn in humanity’s side, it has led to a cornucopia of attempted discoveries, remedies and cures.

Derived from the Italian for ‘bad air’, malaria is one of the most prevalent and dangerous diseases on the planet that has affected – and killed – hundreds of thousands of people throughout history.

Malaria is a very serious tropical disease spread by mosquitoes which, if not treated quickly, can be fatal. Caused by a single mosquito bite, symptoms can develop within seven days – although they can sometimes take up to a year to appear. Typical malaria symptoms include fever, sweats and chills, vomiting, muscle pains, headache and diarrhoea.

Caused by a parasite known as Plasmodim, there are many varieties of Plasmodia parasites but only five that cause the disease in humans. Female Anopheles – night-biting mosquitoes – inject the parasite into your body.

A thorn in humanity’s side

The rise in temperature in Africa thousands of years ago, led to a rise in humidity that created new water sources, particularly in North East Africa and the Middle East.

Consequently, this created new areas and favourable climates for the breeding and transmission of parasites, namely the mosquito, incubating the disease known as malaria.

Scientists have continually pushed the boundaries of science, research and the natural elements, in an attempt to come up with cures to help eradicate the disease.

Ancient Chinese medical writings described symptoms that later came to be identified as malaria. In 2700 BC, several of these symptoms were described in the Nei Ching, a tome of medicine edited by Emporer Ti. By the 4th century BC, malaria was a disease widely recognised in Greece, leading to a decline in much of the population.

The primary symptoms of the disease were noted by Pericles, although texts of the time extensively documented the decimation and depopulation of rural areas caused by malaria.

The Susruta, a Sanskrit medical treatise, outlined the symptoms of malarial fever and went one step further by narrowing it down as being caused by certain insect bites. Previous Roman scholars and medics had often attributed it to diseases spread by the swamps.

Plants, purging and other drastic measures

2nd Century BC China, the quinghao plant was noted for possessing anti-fever properties that could ease the symptoms of malaria. First described by Ge Hong of the East Yin Dynasty, the active ingredient of quinghao – artemisinin – was later isolated by Chinese scientists in 1971. Derivatives of the extract, known as artemisinins, are today a very potent and effective antimalarial drug, particularly when used in combination with other medicines.

During ancient times, Claudius Gelanus of Pergamum believed the symptoms of malaria could be cured through purging, bleeding (ridding the body of ‘corrupt humors’), or both. Vomiting while suffering from malaria was thought to be the body’s attempts at expelling these poisons.

Such doctrines were accepted without question for the next 1500 years, with innumerable malaria patients subjected to a series of brutal blood-letting and purgations that invariably did more harm than good, killing off sufferers in rapid succession.

Extreme measures such as skull operations, amputations, and limb blood-letting were all thought to be perfectly valid cures for the disease. In England, the opium from poppies and beer laced with opium were tried.

And even looking to the stars was considered a viable solution to the malaria problem, as the intervals and frequency of malaria fevers suggested a link to astronomical occurrences.

1880 – Discovery of the malaria parasite 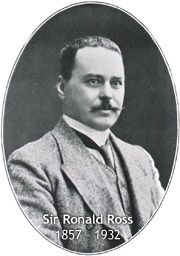 On 6th November 1880, French army surgeon Charles Louis Alfone Laveran, first identified the protozoan parasites in the blood of patients suffering from malaria. It ultimately led to him winning the Nobel Prize in 1907.

Sir Ronald Ross, an officer in the Indian Medical Service, later discovered the link between the transmission of malaria by mosquito from bird to bird on 20 August 1897 (a day which has subsequently become known as World Mosquito Day). He won the Nobel Prize in 1902.

1934 – The discovery of chloroquine

Discovered in 1934 by the German Hans Andersag, chloroquine wasn’t officially recognised as a safe and effective antimalarial until 1946. Quinine was synthesised successfully for the first time in 1944, and can be used in combination with other antimalarial medicines.

MCWA was a programme created in the United States, as a way of controlling the spread of malaria around military training bases, where mosquitos were often prevalent. The aim of MCWA was to prevent the disease spreading to the rest of the civilian population through mosquitoes, which would have fed on malaria-infected soldiers. Throughout the programme’s duration, local health department officials were trained in various malaria control strategies and techniques.

After World War II, mefloquine – a 4-quinoline methanol – was developed that proved extremely effective in preventing and treating malaria. The drug became widely available in 1985, by which time evidence of resistance to mefloquine began to appear in Asia.

A new drug combination was released in Australia in 1998 called Malarone, which was a combination of proguanil and atovaquone. Atovaquone became widely available in 1992 and was used with a great degree of success to treat Pneumocystis carrinii. This, when combined with proguanil, has proven to be a particularly efficacious antimalarial treatment.

The prevalence of malaria – past and present

Whilst much research has been carried out and attempts to rid the world of malaria have endured since the disease was discovered, malaria still remains a significant threat.

Malaria can’t be contracted from casual contact or transmitted sexually, but it is preventable and treatable.

According to the Center for Disease Control, Malaria causes around 219 million illnesses and 435,000 deaths every year, and nearly half the world’s population is at risk from the disease. It’s particularly prevalent in Sub-Saharan Africa and is one of the biggest killers of young children.

Malaria is also strongly linked to the poverty of these countries, as the people susceptible to contracting it can’t afford the malaria prevention equipment to treat it. And in regions such as Ghana, the little money people do have goes on malaria treatment that takes away from purchasing other essential items, such as food.

However, governments are continually pledging more research, education and money into malaria, as well as ways to help prevent it, such as insecticides, medicines and nets. In 2021, the first malaria vaccine was approved, recommended by the World Health Organisation for use amongst children in sub-Saharan Africa.

Despite years of research and the search for a cure, malaria still remains a very real and very potent threat across the globe. Dr Fox provides a range of antimalarial medicines following an online medical questionnaire – make sure you’re adequately protected when you travel.