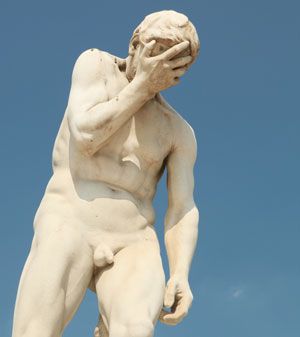 Erectile Dysfunction (ED) is a common problem that affects a lot of men. It is estimated that half of all men between 40 and 70 will suffer from it to some extent. ED can occur for numerous different reasons, including anxiety, depression, obesity, and drinking, and can today be effectively combated with a variety of treatments such as therapy, penile pumps and Viagra.

Erectile Dysfunction isn’t a modern male phenomenon. In fact, the condition goes back for thousands of years – and throughout history the condition has been blamed on a cornucopia of culprits, from the curse of the gods to yin-yang imbalances.

It hasn’t always been as simple as popping a blue pill, or a getting a prescription from your GP. Here are some of the wildest, weirdest and most wonderful attempted cures for male flaccidity through the ages.

The yin and the yang was such a large part of ancient Chinese culture that it even extended to a man’s performance in the bedroom. Philosophers believed that a man’s yin and yang – contrary forces that interconnect, such as hot and cold – would leave him bereft of sexual energy by the time he hit 60.

A textbook of traditional Chinese medicine that dates back to 2500BC notes a potion created from 22 different ingredients that was concocted to help the Emperor bed 1,200 women.

As well as this miracle elixir, acupuncture – sticking needles in the body to align energy streams – was also seen as an effective way to treat erectile dysfunction and to this day it’s still a very popular ED treatment in America and China.

Ancient Egypt and impotence: 1600BC 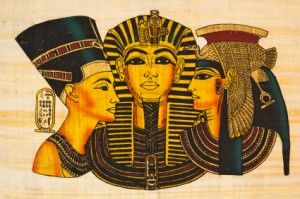 Around 1600BC, Egyptians believed the curse of the limp noodle was the result of an evil spell or natural disorder. And they were nothing if not inventive with their ED remedies – mashing crocodile hearts to rub on the penis, anyone?

Less radical forms of Egyptian treatment, however, are making a comeback in the form of blue lotus flowers. It is believed Egyptians used the lotus flower as an aphrodisiac and a possible cure for impotence, and we know that its active ingredient, apomorphine, is an effective remedy for ED. 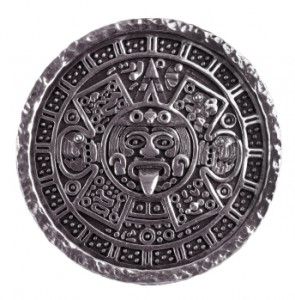 Much of ancient Mayan art depicts Mayan priests standing with their ‘Jaguar god’ with a flower protruding from their headpiece that looks very similar to the ED-combating lotus flower of the Egyptians – a flower that belongs to the genus Nymphae.

These plants were regularly used in the ancient world during religious ceremonies, but researchers and historians have speculated their properties might have been used to treat ED.

The goddess of love and aphrodisiacs: 300BC

Roman Emperor Tiberius’ wife slipped Spanish fly into family banquets in order to blackmail relatives who had indulged in extra-marital liaisons and sexual transgressions. In fact, Spanish fly was used for centuries as an aphrodisiac. Nowadays, however, it’s both too toxic and ineffective to render it a successful ED remedy. 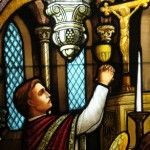 The Devil’s to blame: the Dark Ages

Medieval theologian Thomas Aquinas believed, in the 13th century, that evil spirits and demons were the culprits for erectile dysfunction. A medieval textbook called Malleus Maleficarum (‘hammer of witches’) urged witch hunters to track down the woman who had cursed and bewitched their penises, using gentle persuasion – then violence, if necessary – to get them to restore their erections. Unsurprisingly, such crazed and hysterical persecutions did nothing to help men suffering with ED.

The general consensus during the 17th century was that if the miracle of a woman’s touch couldn’t resolve your embarrassing flaccidity, nothing could. The end of the century, however, yielded a much more considered and sensible realisation – that it was the prevention of blood to the arteries that impeded a man’s state of arousal.

By the time the condition had been properly researched, 1873 saw the arrival of the first ED surgical treatments. An Italian doctor (who else?) found a way to successfully treat ED by blocking veins that drained away blood from an erection.

Studies into erectile dysfunction went seriously off the rails during the early part of the 20th century when, in 1918, a Russian doctor came up with the unorthodox (and undeniably disturbing) idea of transplanting monkey testicle tissue into human subjects.

The genie was out of the bottle, and a plethora of mad-cap and ill-conceived ideas to transplant testicle parts from goats, deer, and even human cadavers into men with impotence became the (not-so-scientific) focus.

That all changed in 1935 when scientists in the Netherlands identified the male hormone, testosterone. This discovery kick-started the real revolution into finding treatments and a cure for ED.

Penile implants were initially based on the observation that many animals had penile bones. Implanting bone or cartilage into the human penis was not successful, however, as grafts were quickly absorbed.

The 1960s saw the introduction of much more effective synthetic implants, although the very first versions were hard and caused a lot of discomfort and pain. It’s an ED treatment that’s still popular today, although it does involve potential surgical risks.

Who’d have thought that a Pentecostal minister in the tyre repair business would have conceived the first penis pump? Well, it’s true. Attaching a pump to a cylinder and placing the cylinder over his penis to pump an erection resulted in the first medically-approved penis pump system. Many men still use them today, with most pumps allowing a man to maintain an erection for up to 30 minutes.

When a French surgeon accidentally injected the drug papaverine into the open blood vessels of a patient’s penis – thereby causing an immediate erection – little did he realise he’d created a revolutionary new approach to treating ED. It was, in fact, the beginning of intracavernosal injection ED therapy. In 1983, a British scientist bravely – and successfully – injected his own penis to prove how effective an ED treatment it was. 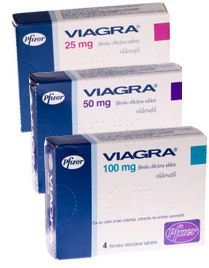 Another happy accident occurred in 1994, when scientists studying to treat angina with the drug sildenafil, discovered it is also caused erections. And in 1998, the FDA approved Viagra as a way of treating impotence. Within five years of it being made widely available, erectile dysfunction diagnoses had increased by 250%.

So men can be thankful they’ve been born into a time when treatments for erectile dysfunction and impotence have come a long way from blaming them on evil spirits, sprinkling flies in your dinner, or having bits of human cadavers injected into your testicles.

Check out Dr Fox’s range of erectile dysfunction medicines and get a personal online consultation today.