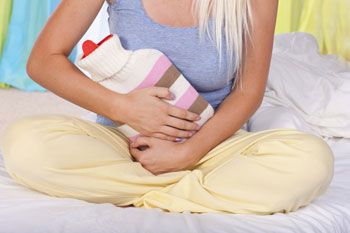 If you’re plagued by cystitis you know the symptoms all too well – the burning, stinging feeling when you pass water, the urgency to use the toilet and needing to go more frequently.

You’ve described your symptoms to a doctor and had the urinalyses, but by now you may be pretty well able to recognise the onset of cystitis yourself. Women who have cystitis time and again (also known as recurrent cystitis) tend to do their research in order to try and avoid future episodes.

There are things you can to do to attempt to stave off cystitis in the first place, like wiping from front to back, drinking plenty of water, urinating after sex (to clear bacteria from the urethra), taking cranberry products, or D-mannose supplements. But, often despite your best efforts, cystitis can return, and this is when it’s good to have treatment to hand. You can order an advance supply of trimethoprim or nitrofurantoin to treat cystitis here on our website, following an online consultation assessed by a doctor to rule out any contraindications. This service is only for women who have recurrent cystitis and who recognise their symptoms.

Trimethoprim and nitrofurantoin are effective antibiotics for first line treatment of cystitis and a short 3-day course of antibiotics is recommended and can reduce re-occurring infection. Antibiotics should be taken only when needed. If in doubt, consult a doctor face-to-face.

Also known as a lower urinary tract infection, UTI, or water infection, cystitis occurs when the bladder becomes inflamed. This is most often caused by a bacterial infection, which can be the result of:

Antibiotics are usually prescribed by doctors on the basis of symptoms, without sending off a urine sample for analysis. If it is going to work it should do within about 48 hours. If you do not see improvement of symptoms within this time-frame you should see your doctor face-to-face. You may need to try a course of a different antibiotic such as ciprofloxacin. If you are having more than one episode every six months then you should also speak with you doctor.

Even recurrent cystitis is often just treated as it arises (as long as the symptoms and pattern of infection are consistent) but it must be treated each time you get it. Left untreated, cystitis is not only painful, it can reach the kidneys and cause the serious infection pyelonephritis.

When taking antibiotics, citrate sachets (available from chemists, to de-acidify the urine), paracetamol or ibuprofen, and drinking lots of water can ease symptoms and help your treatment along.

Trimethoprim and nitrofurantoin will not interfere with your contraceptive pill. They also do not interact with alcohol, although it’s best to abstain from drinking, and probably sex, until the infection goes away. Cystitis isn’t contagious but it’s good to keep any and all bacteria away from the urethra until you’re in better shape.

If you are a man or are caring for a man with symptoms of cystitis, it is important to see a doctor straight away. In men the infection can be more unusual and could have more significant causes.