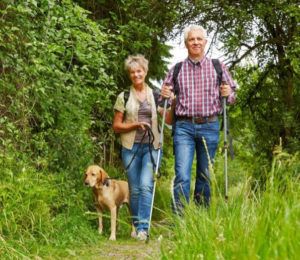 My communication was terrible
I was so closed up. I really was. The first time I couldn’t perform I just pretended it had never happened. The next day it was business as usual. We started our day with a cup of tea and breakfast, a quick kiss goodbye. After several weeks it became apparent that I still couldn’t get an erection – yet I still couldn’t bring myself to speak about it. I didn’t even try to get treatment. My wife was no doubt going through her own range of emotions, but she, like me, was withdrawn. Even after 17 years of marriage neither of us felt comfortable enough to talk about it.

You can’t ignore it
Unfortunately ignoring the issue drove us apart. She’d go to bed before I did on most nights, while I sat up watching TV and waiting until she fell asleep. That way, sex, or not having sex, just wouldn’t be brought up. We’d still have dinner, still go places on the weekends, but it was clear that something was broken. During that time we avoided any close hugging or touching that in the past could have led to sex. It’s that lack of…. closeness that I think of most now.

It’s not all in your head
There were times when I tried to will myself to have an erection, repeating mantras in my head until I felt like an idiot. I still loved my wife, still found her attractive. I still wanted to have sex – with her – but my body would not physically allow it to happen. Horrible feeling.

So many medicines cause ED
When I finally (and I mean finally) got the nerve to mention it to my GP during a routine visit, his attitude was rather flippant. He thumbed through my chart to check if I was taking any medications, rattling off a list of them as he told me that it might just be a certain tablet. It turns out that anything from antihistamines to blood pressure medicines can cause erectile dysfunction. I can only imagine how many men are unknowingly taking medicines that compromise their sex lives. It’s tragic, really – and so unnecessary.

Viagra doesn’t always work
When I started treatment my GP prescribed Sildenafil (generic Viagra), starting with a medium 50mg dose. The first time we tried nothing really happened. Maybe I was thinking about it too much, maybe we just didn’t try to enjoy it enough – we didn’t engage in enough foreplay. Stimulation is absolutely required. The second time I remember not really being ready – we’d been out and I’d eaten a heavy meal and I just wasn’t really in the mood. Tried anyway, no luck. Third time lucky! It finally worked (such a relief), but then upon hearing of my struggles my GP opted to up my dose anyway.

Sex is more than intercourse
When we did go back to trying to have sex, I was almost embarrassed to be naked with my wife. The emotions flooded back, reminding me of the sensation of opening myself up to someone, of feeling vulnerable again. I realised that sex is so much more than just intercourse – it’s about losing your inhibitions, of allowing another being to see you in your most raw state. Once we began to become re-acquainted we paid much more attention to embracing, caressing, and really loving one another. Maybe we needed those first times to remember each other. A blessing in disguise. My wife, bless her, began saying, ‘Can we cuddle up again tonight?’ – Instead of asking if we could make love. It helped take the pressure off both of us.

You have to learn to schedule
Gone are the times when we were both ready at a moment’s notice, but we have found what works. When taking Sildenafil you have to plan – the pill doesn’t take effect until at least 40 minutes after you take it, and we both need significantly more time to feel ready for intercourse than we did in the past. Is it less sexy? Maybe, but it’s all the more romantic for me to have this time to connect with my wife, the one who stood by my side during such embarrassment and frustration, and to be able to physically pleasure her. It’s straightforward put like that but it’s important.

ED may have saved my life
In my case erectile dysfunction was what tipped my GP off that I had diabetes. It runs in my family, and I’d fallen into an unhealthy routine of takeaway meals, sugary drinks and not enough exercise. I am now able to manage it through a combination of lifestyle changes and medication, but if I hadn’t experienced ED I wouldn’t have been motivated to visit my doctor. Like so many men I could number my doctors’ visits throughout my adult life on one hand. It took losing my ability to achieve an erection to get me to start looking after myself. And we’re both the happier for it.