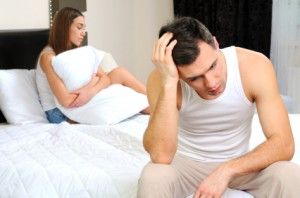 The recent news coverage of a doctor who forged prescriptions of Viagra because he was too embarrassed to go to his GP, has highlighted the stigma often attached to erectile dysfunction.

The doctor, who worked at Ystrad Fawr Hospital, faked £340.67 worth of prescriptions because he was going through ‘marital difficulties’. Staff became suspicious because he worked in an orthopaedic unit where patients would not need Viagra.

He was ordered by the court to pay £347 for the Viagra and £2,561 for the cost of the NHS investigation.

The case raises the ongoing dilemma of men who suffer from ED. It’s also reasonable to suggest that, if a doctor is embarrassed about it, then a lot of other men suffering from impotence are too.

Facing up to the ED dilemma

90% of men do not seek treatment – but ED is nothing to be embarrassed about. Although some men see it as humiliating or a lessening of their status as a man, ED is a common problem for a lot of men.

For many men, initiating the first conversation about it is the most difficult step. No man likes to admit he can’t get a hard-on. The answer, then, is to choose an approach that you’re comfortable with, such as saying you’d like to talk to your GP about a sexual health concern rather than blatantly saying you’re having trouble getting an erection.

A general consultation will usually involve answering a series of questions about your symptoms and a few simple tests and physical examinations.

Here are a few good reasons why you really shouldn’t be embarrassed about suffering from impotence.

It’s more common than you think

The inability to get and maintain an erection during sexual intercourse, ED is particularly prevalent in older men. It’s estimated that half of all men between 40 and 70 suffer from ED to a greater or lesser degree. Younger men are affected by ED as well, and it’s been suggested that 75% of men will experience ED at some point in their lives.

Your partner will be supportive

Talking about ED with your partner may be as uncomfortable and awkward for them as it is for you, but the chances are it won’t be a shock to them. Acknowledging the problem and communicating is the best way of confronting it, and voicing your fears, frustrations and anxieties will release your feelings and emotions and enable you to deal with it. With the love of a strong and supportive partner, you can deal with ED together.

Your GP has heard it all before

You might feel uncomfortable talking about it, but your GP has heard it all before. It’s a personal, embarrassing topic of conversation, no question, but you’re certainly not the first person in the world to suffer from ED.

The temptation might also be to get your visit to the doctor over as quickly as possible, but it’s a good idea to take a list of questions to eliminate any doubt, so you feel more informed about impotence and to give you peace of mind. Questions could include:

It’s also important to be totally candid with your GP and give them as much information as possible. For example, it will help your doctor to know when you first started having erection difficulties, whether you’ve been feeling depressed or anxious, or if you smoke or drink (two common causes for impotence).

Treatments for erectile dysfunction have improved significantly over the years, but the best way to tackle impotence is to confront the cause of the problem, be it physical or psychological.

Narrowing arteries (atherosclerosis) is a common cause of ED, and in these cases your GP might suggest lifestyle changes such as losing weight, or prescribe medication to your reduce your blood pressure.

A successful treatment for ED is sildenafil (known as Viagra), which successfully treats at least two-thirds of men. Vacuum pumps also encourage blood flow to the penis to stimulate an erection and have a very high success rate of 90%. Cognitive behavioural therapy and sex therapy are effective psychological treatments. Whatever your course of treatment, the majority of people are able to return to successful and satisfying intercourse.