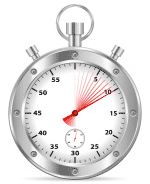 Premature ejaculation (PE) is a medically recognised condition that affects one in three men. When you think about it, that’s a significant percentage of the male population.

Men generally don’t like to talk about sexual performance in anything other than self-congratulatory and – let’s be honest – occasionally grossly over-inflated tones. But despite all the posturing and bravado, the reality is that it’s a common male sexual problem and one that they should face up to.

It’s been estimated that more than 75% of men experience PE at some point, whilst nearly 20% of men between the ages of 18 to 59 suffer regularly from PE. Some of this is exacerbated by a man’s lack of sexual activity which can make him anxious and less likely to perform satisfactorily during intercourse.

Even men who normally have no problems during intercourse can still be beset by the unnerving tremors of pre-performance anxiety.

Generally, PE can be divided into two categories: Primary (or lifelong) and Secondary.

Primary is when a man has suffered from PE since the moment he became sexually active, and it’s often related to psychological roots such as conditioning, upbringing, biological reasons, or a traumatic sexual experience.

Secondary occurs after the man has had a history of normal ejaculation. This type can be caused by physical triggers such as high blood pressure, diabetes, and excessive drinking or drug use. But it’s also the offshoot of psychological reasons too, such as stress, depression or, indeed, exacerbated by a pre-ordained fear of sexual performance.

Despite the trauma and anguish PE causes, there’s a battalion of tried and tested techniques men can try to help combat it.

For example, breathing techniques, the ‘start/stop’ and ‘squeeze’ method, kegel exercises and tantric techniques are all effective ways of helping delay premature ejaculation. There are even climax-controlled condoms on the market which can extend sexual activity and delay the man’s climax for as long as five minutes.

Priligy tablets are also a proven and effective way of treating PE. They contain the active ingredient dapoxetine, which increases the time it takes to ejaculate and enables control over ejaculation. This reduces the man’s frustration and anxiety caused by PE and the speed of ejaculation – in some cases, ejaculation time was doubled – as well as significantly improving intercourse for the man and his partner.

It takes two: the effects of premature ejaculation on relationships

There’s no question that PE takes its toll on any relationship and often seriously affects both partners – the man because he comes too soon, the partner because they are left feeling sexually unsatisfied.

Although some couples might abstain from sexual contact until after they’re married, we have to embrace the reality that we’re living in the 21st century and most modern couples have had sex long before they take their vows.

As with many aspects of life, effective communication is a crucial, core component of maintaining a long, contented relationship. Despite this, the problem often stems from a man’s pride – marginally chipped away by his inability to satisfactorily perform – and the fact he doesn’t want to discuss his sexual inadequacies. To him, it’s the shame of not being able to control himself in a state of sexual arousal that he believes makes him less of a man.

But denial, as we know, solves nothing. In fact, it makes the situation ten times worse, and the uncomfortable sexual predicament is simply exacerbated to create a palpable tension, misunderstandings, anger and hurt emotions. This combination and flux of feelings in themselves can make PE much worse.

The foundation of a healthy relationship

Intercourse – on a purely atavistic and evolutionary level – represents what scientists call ‘pair bonding’, and it creates the kinship foundation for successful and healthy relationships.

Chemicals such as oxytocin and dopamine are released during sex – particularly during orgasm – and are significant in strengthening the bond between partners. They enhance the feelings of trust, safety and love, solidify the emotional attachment, and generate bonding emotions that are crucial to a relationship.

As the result of a man not being able to perform adequately, both partners are denied such healthy bonding chemicals. Instead they’re left with negative emotions and feelings of disappointment and inadequacy.

Couples therapy may also help you open up the dialogue with your partner, discuss the issues that may be contributing to PE, and be given techniques to help overcome it.

PE is also often a barrier from men pursuing and establishing relationships at all, preferring to avoid any sexual contact whatsoever than risk any fear of embarrassment or rejection. Avoiding relationships and cutting himself off from sexual interaction can lead to the man feeling isolated and depressed.

And if men who suffer from PE do engage in new relationships, because they’re reluctant to talk about any sexual shortcomings their partner often misunderstands why he can’t perform satisfactorily.

Bid farewell to the bravado

It’s not unfair to say that most men prefer not to wear their heart on their sleeve or express themselves too emotionally, particularly when it comes to sexual matters.

In the prevailing 21st century tradition of laddish, blokey culture where all the worries of the world are dealt with over a few pints and a bonding over the latest game of football, PE poses a very real threat to a man’s sense of self, personal identity, and masculinity.

That might be all well and good with a group of friends where bravado counts for everything, but to be in successful relationship you need to engage in true, genuine discourse and open up about any inherent sexual problems.

Of course, it’s a two-way street, and your partner needs to be patient and understanding. Curling up in a ball and hiding away in the dark recesses of the world is not the answer with PE. An open, honest relationship based on understanding and effective communication are the keys to resolving PE issues – and maintaining an active and fulfilling sex life.