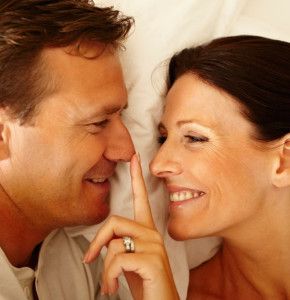 We know that the number of men with ED does increase with age – about 50% of men aged 40-70 suffer from ED; and this percentage rises to 70% of the over-70 male population. It is not, however, something that all men should expect to happen as they get older. And if it does occur it can be treated.

How to avoid erectile dysfunction?

ED’s risk factors, in patients that do not have neurogenic, hormonal, or anatomical conditions that could cause it, are similar to the factors that can lead to heart disease.

Vasculogenic erectile dysfunction is caused by conditions that affect blood flow to the penis. Your lifestyle habits throughout your life will have an effect on the likelihood that you’ll lose your ability to achieve an erection.

Risk factors for cardiovascular disease (and erectile dysfunction) include:

You will have a better chance of avoiding ED later in life if you avoid these types of risk factors, and follow a generally healthy diet and exercise plan. It’s also worth any man’s time to read up on what smoking does in terms of bringing about ED – evidence has been found to show that smoking and erectile dysfunction are linked through a process called atherosclerosis, or narrowing of the arteries.

Certain medications can also cause erectile dysfunction as a side effect. They include beta-blockers for hypertension, fibrates used to lower cholesterol, corticosteroids, H2 antagonists, and anticonvulsants. Men who require these or any type of medication should consult with the prescribing physician to understand whether the medication carries any risk of erectile dysfunction. Alternative medications may be a possibility.

Erectile dysfunction can also be caused by depression, anxiety, and other psychological conditions, as well as excessive alcohol, recreational drug use, and even prolonged cycling.

Experts agree that, overall, men who have an increased risk of having ED are those that are obese, have high cholesterol, those who smoke, and those who do little physical exercise. So ED is not necessarily related to old age or the ageing process.

If you do experience ED, your GP will first attempt to determine its cause. You may need an alternative medication, or you could be required to make lifestyle changes to help you lose weight, become more physically active, or stop smoking. If recommended and prescribed, you can also buy Viagra (sildenafil) or other ED tablets, all of which are readily available on the Dr Fox website and considered low toxicity and relatively safe drugs.

So men, you don’t have to worry that your ability to get an erection will trail off with age. It isn’t an inevitable part of the ageing process and, if erectile dysfunction, or erectile dissatisfaction, does occur later in life, it can often be treated with great success.