UK prices for morning after pill: is there an alternative?

News articles over the weekend (7-8 May 2016) revealed that women in the UK are paying an astonishing five times more for the morning after pill than those in other European countries.

Experts have also expressed outrage at the hoops that must be jumped through to get the drug, calling on the government to make it available off the shelf, as well as reduce the price. Unlike in France, Scandinavia, and the United States, the pill is not available without a consultation; women are required to undergo a consultation and discuss their sex lives with a pharmacist or doctor in order to access the time-sensitive emergency contraception.

High costs and a difficult process to obtain the morning after pill have resulted in what Anne Furedi of the British Pregnancy Advisory Service calls a framework that is “insulting, expensive and does not meet women’s needs”, according to The Independent. END_OF_DOCUMENT_TOKEN_TO_BE_REPLACED

Antibiotic resistance is one of our biggest threats

It is already happening and is just as great an issue as climate change and world hunger. To slow resistance we need to cut overuse and misuse of antibiotics. END_OF_DOCUMENT_TOKEN_TO_BE_REPLACED 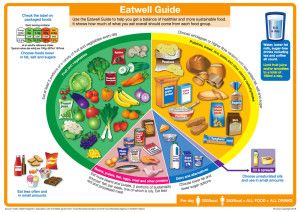 The Department of Health has released the new Eatwell Guide that shows the different types of food we should eat – and in what proportions – to have a healthy, balanced diet.

The guide says a healthy diet should now include more fruit, vegetables and starchy carbohydrates.

Sugary soft drinks have been removed entirely from the new guide and foods that are high in fat, salt and sugar have been moved off the plate to a corner of the image, reflecting advice that they are not an essential part of a healthy and balanced diet.

Despite a recent study linking acid indigestion tablets to increased risk of developing Alzheimer’s and other types of dementia, patients should continue to take prescribed proton pump inhibitor drugs (PPIs), such as Omeprazole.

Medications like Omeprazole and Ranitidine work by suppressing the amount of stomach acid, treating heartburn and stomach ulcers, and are widely used throughout the UK. However a recent Daily Mail article cites research by the German Study on Aging, Cognition and Dementia in Primary Care Patients, linking the taking of PPIs with a 44% higher chance of developing dementia. END_OF_DOCUMENT_TOKEN_TO_BE_REPLACED 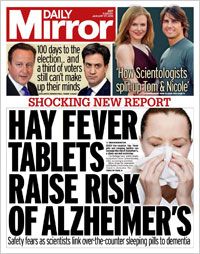 Some of the medicine brands also contain different ingredients in the UK than the US: Benadryl and Piriteze do not contain ingredients identified in the study as causes of concern. END_OF_DOCUMENT_TOKEN_TO_BE_REPLACED 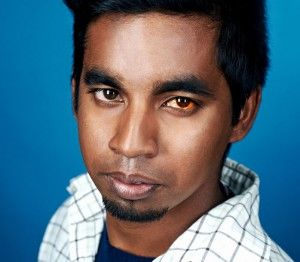 Many millions of men have taken Viagra (sildenafil) repeatedly and regularly for up to 15 years, since it became available in 1998.

The concerns raised in this article are based on a single short term study in mice, which may not be relevant to humans. The mice study was carried out using very much higher doses than are taken in humans.

The side effects of medicines are monitored. There has been no reporting of widespread permanent damage to vision in men taking Viagra/sildenafil. There is no need for men to be alarmed, as is explained by the NHS website response to the study. END_OF_DOCUMENT_TOKEN_TO_BE_REPLACED

Smart wearables: a shot in the arm for personal health 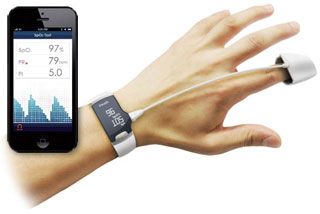 Over the past decade and beyond, technology has increasingly become part of our lives, gaining functions as its form factor has shrunk in size. Until recently, however, the focus has been on helping us get a clearer view of the world “out there”. Constantly evolving technology has allowed individuals to research, learn, stay-up-to-date and communicate in new and ever-deeper ways – but will the next frontier be within ourselves? Technology is poised to start looking in, rather than helping us to look out. The latest tech trends help us to monitor ourselves. END_OF_DOCUMENT_TOKEN_TO_BE_REPLACED

TEVA launched their generic version of Viagra called TEVA sildenafil the day after the Viagra patent expired in several European countries (including the UK) on 22 June 2013.

Dr Fox can issue Sildenafil posted direct from a UK pharmacy following an Erectile Dysfunction consultation.
Sildenafil from 95p each