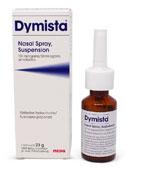 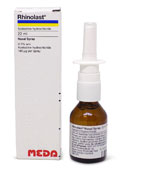 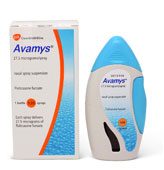 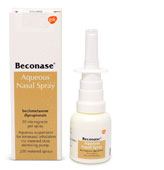 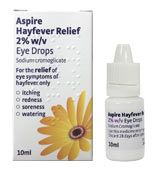 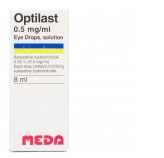 If you have your own private or NHS paper prescription please post to our pharmacy (details).

Written and reviewed by a team of doctors. Dr Fox is regulated by the CQC, GPhC, & MHRA.

General information about hay fever at bottom of page.

Antihistamine tablets taken on their own or with eye drops and/or nasal sprays improve the symptoms of hay fever.

People's response to hay fever treatment varies greatly. One antihistamine may work better for you than another. For this reason it is a good idea to try different hay fever treatments, or a new one if your existing one stops working.

Antihistamines work by blocking the inflammatory actions of histamine. They start to work within 30 minutes of being taken. The antihistamines we offer are all of the newer type, frequently called non-sedative.

Individual responses to antihistamines vary greatly. One antihistamine may work better for you than another. For this reason it may be beneficial to try a new antihistamine if an existing one stops working.

In addition to preventing the sneezing, runny nose and the sore eyes of hay fever antihistamines can also be used for allergies to house dust, pets and to prevent and treat the allergic skin reaction of hives.

Even with the newer antihistamines some people experience drowsiness as a side effect. Other side effects are usually not troublesome but can include headache, dry mouth, difficulty passing urine and blurred vision. For details see the patient information leaflets (links below).

Beconase aqueous and Avamys, contain active agents similar to hydrocortisone. These steroid sprays control hay fever symptoms by reducing inflammation of the membranes inside the nose. Not to be used at the same time (concomitantly) as Dymista nasal spray.

For further details about each spray see the links below to manufacturer's patient information leaflet.

Steroid sprays used regularly morning and night are effective in relieving the nasal symptoms of hay fever on a continuous basis. They start to work after 2-3 hours. They are therefore not for immediate relief of symptoms. Steroid sprays control symptoms only if they are used on a regular basis throughout the hay fever season. The odd spray now and then will not work. They should not be used continuously for more than 12 weeks.

Rhinolast contains the antihistamine Azelastine. Rhinolast controls hay fever by stopping histamine from being released into the membranes inside the nose. For further details about each spray see the links below to manufacturer's patient information leaflet. NOT to be used at the same time (concomitantly) as Dymista nasal spray.

Rhinolast works within a few minutes of the spray being used. Symptom relief lasts about 12 hours. If hay fever is severe or has been present for many days Rhinolast will not settle down immediately inflammation that has built up. Used regularly morning and night Rhinolast will provide continuous antihistamine action.

Dymista combines two medicines in one treatment. It has a dual action. It contains a fast acting antihistamine called azelastine and a steroid called fluticasone.

Azelastine usually starts to work within 30 to 60 minutes. It takes a few days of regular use for the steroid part of the spray to reduce inflammation. Symptoms control is likely to be fast and to improve over a few days providing Dymista is used regularly.

The antihistamine effect of Dymista wears off over 12 to 24 hours and the steroid effects usually wear off over a few days after use of the spray is stopped.

Very little of the active ingredients of nasal sprays are absorbed into the body and as a result systemic side effects are minimal. There may be localised soreness and dry skin inside the nose and possibly taste disturbance.

Manufacturers recommended avoiding use of these sprays in pregnancy and whilst breast-feeding and where there is known allergy or sensitivity to the ingredients.

Beconase, Avamys and Dymista contain steroids and on rare occasions could damage the retina. Any vision problems or disturbances should be reported.

One type of eye drop may work better for you than another. It can be useful to try different drops.

Eye drops are effective if used prior to dust and pollen exposure or for control of symptoms once they have started. The drops will be most effective if used regularly throughout the hay fever season, although they can be used on an as required basis.

Very little of the active agents are absorbed into the body. Systemic side effects are unlikely. There may be short lived blurring of vision when drops are applied. Sensitivity reactions can lead to soreness and irritation in and around the eye. This is unusual.

For further details about each product see the links below to manufacturer's product leaflets (links below).

Dr Fox supplies treatment for hay fever on prescription – you are required to answer a short medical questionnaire before your order can be completed.

Hay fever symptoms arise where the body is sensitive to pollen or dust. The sensitivity results in the release of histamine which in turn causes inflammation. Hay fever is usually treated with medication which prevents histamine release or prevents the inflammation caused by histamine. Other ways to prevent hay fever include avoiding pollen and dust, and in some cases, undergoing treatments aimed at desensitising the body.

The runny nose, sneezing and sore eyes of hay fever result from the release of the chemical, histamine. The histamine comes from cells that normally fight infection. In hay fever these cells become abnormally sensitised to pollen, releasing histamine and causing inflammation when pollen levels rise.

Dr Fox provides newer non-sedative antihistamines for hay fever which are of a different type to those that raised concern in a January 2015 US study.
Further information

“I am so impressed. Good straight forward website. Loads of information. I like that they use the Post Office tracked delivery service. I ordered a product, it was delivered quickly in plain packaging, It was an excellent price compared to the high street chemists. I will definitely use them again. Unhesitatingly recommend.”09 August 2020 – Derek S., Manchester

“These guys work great I get my medicine delieverd on time thanks to all you guys.”09 August 2020 – Razz A., Bradford West Yorkshire

“I have been using this service for about 7 years. Completely reliable and professional,I hav3 no hesitation in r3commending th3m.”09 August 2020 – Anonymous